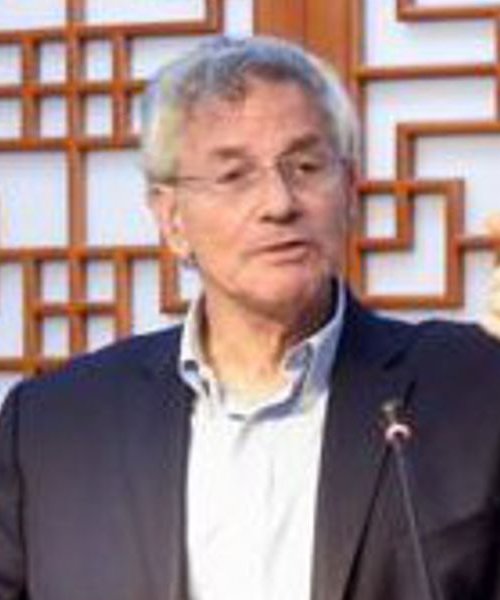 Daniel Guttman serves as Of Counsel at the Guttman, Buschner & Brooks, PLLC, law firm, Washington, DC. Office. He has focused his law practice has on energy, environment, antitrust, whistleblower cases brought under the Federal False Claims act and employment law. He previously served as a partner at Spiegel McDiarmid where he represented cities and states throughout America. He pioneered litigation that led to the application of anti-monopoly law to electric companies and subsequent negotiation of power supply, transmission and coordination arrangements among publicly owned and investor owned utilities. Mr. Guttman represented nuclear weapons workers in litigation relating to the cleanup of the US nuclear weapons complex that led to 2000 enactment by Congress of the “Nuclear Workers Compensation” law, and Department of Energy moratorium on the recycling of radioactive waste for commercial use, school workers in litigation that led to 1986 enactment of the “Asbestos in Schools” law, whistleblowers in litigation that led to hundreds of millions of dollars of recovery by the US government from oil companies and military contractors, janitors in litigation finding Washington DC real estate companies in violation of the District of Columbia Human Rights law, and nuclear workers in litigation that led to a U.S. court finding that the privatization of the U.S. Enrichment Corporation was a model of how not to privatize. He has been pro bono counsel to NGOs engaged in gender equity in international development funding and economic development in the Horn of Africa, and was recipient of a Marshall Fund grant to advise on energy efficiency in the Czech Republic.

Mr. Guttman served in the Administration of President Clinton as Executive Director of President Clinton’s Advisory Commission on Human Radiation Experiments (directing a staff of about 60 in investigation of Cold War era government sponsored human experiments and contemporary human subject research) (final report published by Oxford University Press: 1996). He was appointed by President Clinton to serve as a Commissioner of the U.S. Occupational Safety and Health Review Commission. He was special counsel to Senator David Pryor in investigations of the use of contractors to do the basic work of government. In China he has been UNDP advisor to the All China Environment Federation.

Mr. Guttman is also a distinguished scholar and professor, focusing on energy/environment, worker health and safety and public management issues. Following two years as Fulbright scholar in China, his work has focused on the development of cooperative and comparative governance, law and environment educational programs involving US and China institutions. In the U.S., he is a Lecturer at the Whiting School of Engineering/Department of Geography and Environment and Fellow at the Center for Advanced Government Study as well as a Distinguished Visiting Scholar at the Emory University Halle Institute. In China he is visiting Professor at the Peking University School of Law public law clinic interest program, where he is co-author of the textbook (实践中的公益法 (Public Interest Law in Practice)(Law Press China: 2012);. visiting Senior Fellow at the Tsinghua University US/China Center, and Research Professor at the Nanjing University School of Environment. He teaches at the New York University Shanghai campus, Shanghai Jiao Tong University and coordinates China Programs for the University of California Santa Barbara Bren School of Environmental Science and Management.