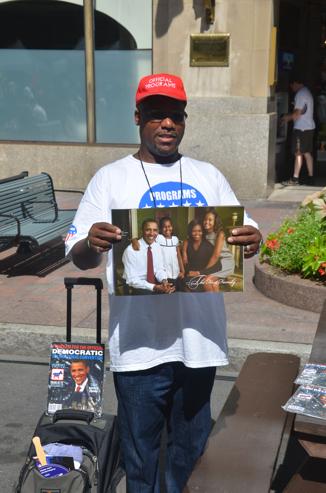 CHARLOTTE, NC — Somewhere in the air between Washington, DC and Charlotte, NC — the site of the Democratic National Convention which starts tomorrow (September 3rd) — a flight attendant leaned into a cart pushing it up the aisle as the plane tilted upward gaining altitude. I thought of all the people on the plane from delegates, to media, to hanger’s on, this political season is about this flight attendant and working people like her. For all who participate in the political system, there are exponentially more who stand on the sidelines and feel its impact. From the Federal Aviation Administration which makes the airways safe, to the Food and Drug Administration which regulates our medicines and daily nourishment, government regulation touches all of us.

Back in 1968 when Richard Nixon accepted the Republican nomination for President he spoke in favor of rolling back federal involvement in our lives. It reminded me that Republicans have been saying that for years. Yet, Nixon, like those Republicans who followed him, could not escape the reality that federal regulation of the private sector is in some cases essential. Remember, it was President Nixon who signed the Occupational Safety and Health Act.

Today Republicans still say they favor less regulation; the only thing that has changed is that Democrats seem almost apologetic for its need. This too is a sad state as the growing business of greed — which has caused drugs to be illegally marketed and worthless financial products to be hawked — counsels for regulation and enforcement. (Of course whistleblowers are integral to the enforcement effort.)

The elephant in the room – as they say – is not the question of whether substantive regulation is good or bad – but how we enforce what is on the books. We live in an era where corporations ask their lawyers not only about the proscriptions of the law but the cost to be paid for the “right” to break it. Of course there is no “right” to break the law.

It is a sad state of affairs when corporations can pay for the “right” to break the law. This is what I was also thinking as I watched that flight attendant this morning.